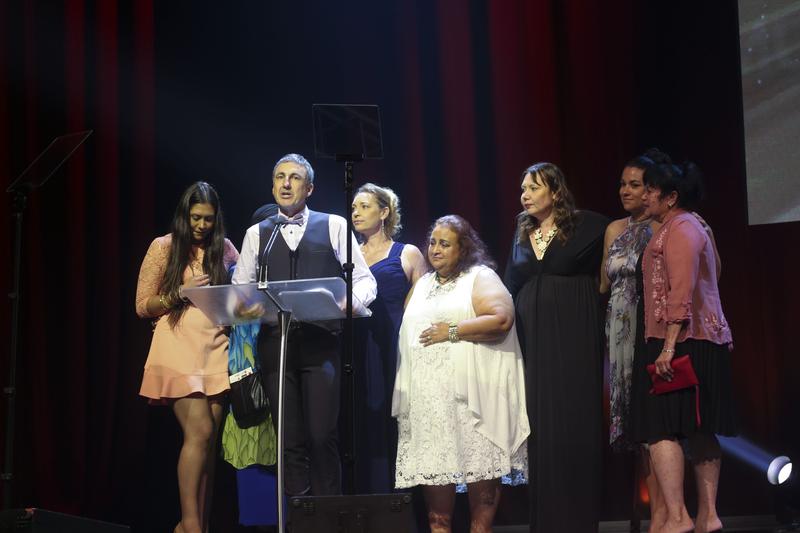 Miromaa Aboriginal Language and Technology Centre, based in Newcastle, has received the Community Organisation of the Year Award at the inaugural National Dreamtime Awards, held at The Star Event Centre in Sydney.

The awards recognise and celebrate excellence among First Nation People across the 18 categories of Sport, Arts, Education and Community.

Miromaa was recognised among several respected Indigenous icons, including Jessica Mauboy, who won Female Music Artist of the Year, and the Spirit Walker, Clinton Pryor, who was named as Dreamtime Person of the Year

As well as being the NAIDOC year themed “Our Languages Matter”, 2017 also marks the second Torres Strait Islands Language Symposium, coordinated and facilitated by Miromaa.

Miromaa develped the internationally recognised language technology program, which is used for the documentation, conservation and dissemination of our traditional languages. Over its time, the small Aboriginal organisation has been be called upon to support language conservation around the world, providing support to close to 150 plus languages in Australia and the Torres Strait and nearly 100 languages throughout the rest of the world.

It is almost a year to the day that the business from Newcastle was acknowledged in the White House in front of the First Lady, Michelle Obama. Jayden Lim, a Native American from Pomo Country in Northern California, acknowledged Miromaa for its support and empowering her people to keep languages alive.

Mr McKenny said the organisation works with communities throughout Australia, from the Torres Strait to Tasmania and as far west as Broome; from Alaska, First Nations people in Canada, throughout the USA and as far south as South America

“To be sitting alongside the other nominees in itself was an amazing achievement, but to win was a moment which is hard to put into words,” Mr McKenny said. “To then be announced as winners with the likes of Jessica Mauboy, Clinton Pryor, Stan Grant and Gawurra was like a dream.”

The Community Organisation of the Year Award was presented by Mrs Anne Weldon, a highly respected Elder with extensive experience in Aboriginal Affairs, who said: “We are celebrating the successes of those that have arrived at this place by standing on the shoulders of giants.”